The Institute of Medicine (IOM), an unbiased, not for profit organization released a report on preventable medical errors back in 1999 for public and government consumption.  In the report, the IOM indicated that their findings estimate that somewhere between 44,000 and 98,000 patients die from these errors in our hospitals, and this was back in 1999. 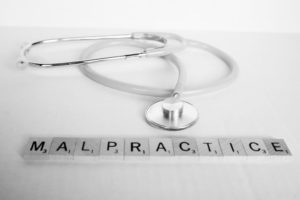 According to the IOM, these errors happen in all functional areas of our health care system so if you step back and evaluate what has happened to health care in America since 1999, it would be nearly impossible to tell if this situation has gotten any better.  The key offending departments were Intensive Care Units (ICU) where the most critical care is needed with emergency and operating rooms joining the top three.

Put into even more horrifying perspective, if we gave the medical industry the benefit of the doubt that the situation was as it was in 1999, that would equate to up to 1.1 million deaths that could have been prevented.

The report was focused only on hospitals and identified the typical errors they found:

The IOM clearly notes that additional physical injury is not the only damage inflicted on these patients as many endure additional costs in their care to remedy the preventable medical error as well as lost income, productivity and in the most severe case, death.

The report continues to articulate that many of these errors are not the result of recklessness by the individual but due to system failure and inadequate processes in place to protect our patients.  The conclusion is that our medical system is behind the curve when compared to other high tech, high-risk industries and suggest a wake-up call is in order.

Since the IOM report, some state governments took notice and have implemented a system to govern medical error and reporting. A study conducted by Yale University (A National Survey of Medical Error Reporting Laws) shows that our state of Delaware does not have a system to address this.  The Yale report further confirms the nature of the common errors listed in the IOM report.

In what appears to be a response to the report of the IOM, the Centers for Medicare & Medicaid Services (CMS) issued a statement that the federal government, to provide that needed wake-up call, will stop subsidizing these preventable medical errors.  Since 1999’s IOM report there hasn’t been a meaningful follow up on the contemporary condition of this issue.

Edelstein Martin & Nelson is the premier plaintiff’s law firm in Delaware.    Representing the wrongfully injured whether by accident or nefarious act we understand the tort law process and can use it to protect your rights.  Workplace accidents and injuries and other accidents are a key part of our subject matter expertise and If you have been involved in an accident you need legal counsel to make sure you are properly compensated for your injuries.   Our law firm is based in Wilmington, Delaware and our top-notch team of attorneys specialize in helping people to get the compensation that they are entitled to so that they can recover loss of earnings, medical bills etc.  Contact Us at 800-300-0909 for a free case consultation.